I had an 11am flight out of Marseille and, seeing how I live over 2 hours away from the airport by public transit, my day started before the sun. However, that night I was so excited I didn’t sleep a wink no matter how hard I tried. Just when I would feel myself start to drift off I’d remember – omg, Haley, you’re going to leave for London in 4 hours!! 3 hours!! 2 hours!! If only I could sleep on airplanes.

Gatwick Airport is not close to downtown. Well, none of the airports are exactly close, but the train was incredibly slow that day and it took me over an hour and a half to make the journey to St. Pancras International. Finding my hostel was easy enough, when I wasn’t getting distracted by the black taxis, red double decker buses, and King’s Cross station. (It looks exactly like the one in Universal Studios!!!  . . . duh . . .)

I checked in, made my bed, and headed out to meet some fellow Americans who happened to be in town. By that time it was after 4pm. We met at the Blackfriars, a quaint pub in a skinny building right across from the Blackfriars Tube stop. Medieval inspired carvings were etched into dark mahogany wood and black friars glinted in a mosaic above the bar. It’s pretty cozy and got a bit busy not long after five, posh Brits in their navy blue suits and puffing cigarettes spilling out the doors and onto the street patio.

I took the rest of the afternoon to wander up and down the Thames, though I didn’t make it very far. The whole city seemed to be in a rush; everyone flowed along in an endless current – let that be in the metro, on the street, or in their cars. I tried to meander, wanting to stroll aimlessly and leisurely take pictures, but I kept getting knocked into by joggers, cut off by bikers, and was just in the way of all the locals on their busy way. 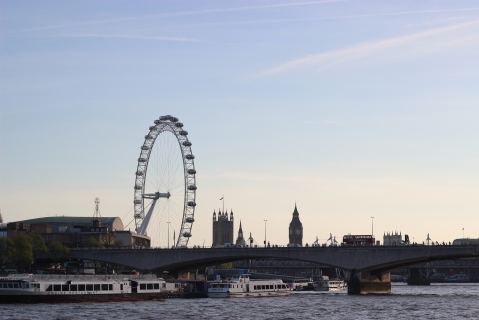 There are signs pointing almost everywhere you want to go, so at least the city is pretty easy to navigate. I ended up being in the general area of Temple Church, the headquarters of the Knights Templar and one of the locations used in The Da Vinci Code. I ducked into one of the narrow streets and ended up in a university-looking square with a bunch of official looking people in more suits and pencil skirts. I followed them for a bit, trying to find my way out of the endless courtyard, but ended up back on the Thames. I’ll find you eventually, Temple Church.

Temple Church is also near Fleet Street, which I made a beeline for in the name of Sweeney Todd. I won’t lie, pretty much everything I know about London has a connection to pop culture. 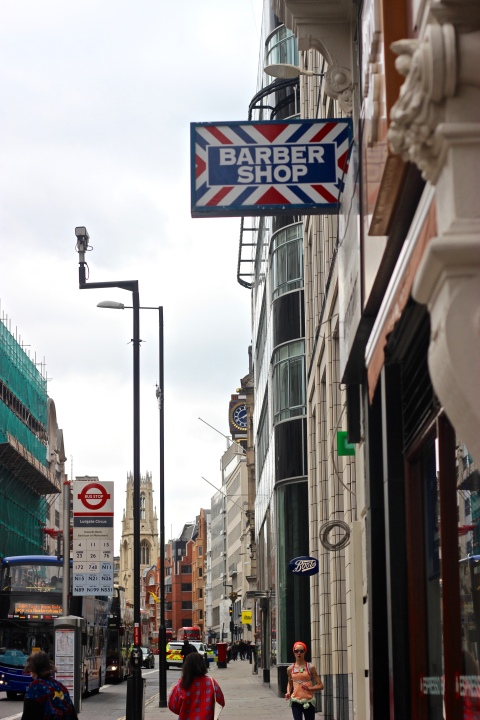 “If you look over there you’ll see the Houses of Parliament.”

Me: “Oh – Robert Downey Jr. jumped out of that building and into the Thames in the Sherlock movie!”

“That’s the M16 headquarters across the river.”

Me: “The one that blew up in Skyfall, right?”

Day two started at King’s Cross, where I got to meet up with amazing friends who I hadn’t seen for over a year. We made our way down towards the river, stopping by the British Museum and wandering through Covent Garden and towards Leicester Square. We had lunch at a place called MOD Pizza, the Chipotle of pizza parlors. Every pizza was 7.87, no catch. Really. You could take off whatever you wanted, add as much as you pleased, or you could even create your own from scratch. It seemed too good to be true, but we were all pleasantly surprised. They also had free refills, which is nonexistent in France.

After that we headed down towards Westminster Bridge, walking by the Elizabeth Tower (a.k.a Big Ben), the London Eye, and heading back up towards Blackfriars Bridge. Of course, we were exhausted, so we stopped for some tea and I had my first taste of clotted cream. And, oh my, the tea. 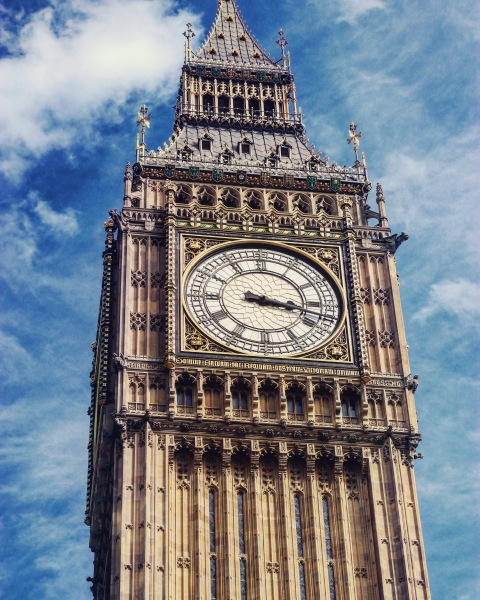 Both nights I got back to the hostel and passed out. Even the guy snoring in the bed next to me couldn’t keep me up for too long.

I still have so much planned for this week, so thank goodness the honeymoon stage hasn’t ended yet. But, if I think about it, I don’t know if it ever will here. 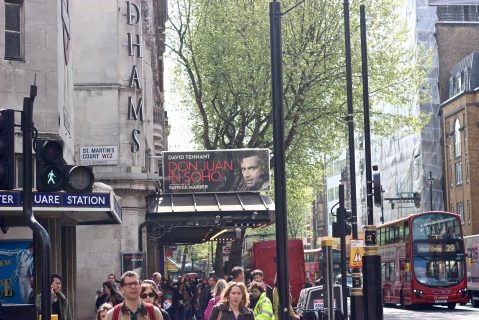